Net Ch@kra, an authoritative book on the 15 years of Internet in India, launched in Delhi

A series of city road shows and panel discussions to follow

Over 100 members of India’s Internet industry gathered in New Delhi on February 11 for the launch of the book, “NetCh@kra: 15 Years of the Internet in India.”

The book is an authoritative compilation of retrospectives and roadmaps from 35 Internet experts. A special feature of the book is the Web site (http://netChakra.net) which includes a “crowdsourced” chronology of key Internet developments and dates in India.

“The book is the latest in our series of publications on digital media in South Asia. We are proud to have assembled a stellar cast of writers and supporting partners for this book,” said Osama Manzar, publisher of the book and director of the Digital Empowerment Foundation (www.DEFindia.net).

“India is the fourth largest Internet market in the world. As one of the most dynamic and fastest-growing Internet markets, India will be at the forefront of the next 25 years of digital evolution. India not only accounts for a large and growing percentage of the global user base, it has also emerged as a hotbed of innovation and a nexus for high-tech and engineering expertise,” said Patrick Kane, Senior VP and GM at VeriSign, Inc.

Verisign supported the NetChakra project and held a commemorative event on the Internet in India as part of a series of events globally to mark the 25th anniversary of .com. Verisign manages the infrastructure for .com and .net

“India is an old civilisation but a young nation on the Internet. From the Indus Valley to Silicon Alley, India is moving at a rapid pace, but must also overcome the digital divide,” said N. Ravi Shanker, CEO of the National Internet Exchange of India (NIXI).

“The book project has received congratulatory messages from organisations around India and overseas, such as the Oxford Internet Institute and Association of Internet Researchers,” said Madanmohan Rao, co-editor of the book.

10 years ago, Osama Manzar and Madanmohan Rao co-authored the book “The Internet Economy of India 2001,” and are planning a sequel “NetChakra Casebook” and the book “15 Years of Mobile Communications in India.”

“India missed the first industrial revolution by one and a half centuries and the second one by almost a century. However, it seems to have caught up when it came to the Internet revolution. This time the gap was only about 15 years,” observed Dr. S. Ramani, formerly of NCST, who played a key role in creating India’s academic network ERNET that brought the Internet to India in the 1980s.

“The book is an excellent compilation not just of 15 years of the Internet in India but also of 15 years of ideas and aspirations that all became part of the whole new network and growth platform,” said Didar Singh, Secretary, Ministry of Overseas Indian Affairs.

The authors and contributors will be speaking at a series of panels to discuss the book’s findings and implications across Delhi, Mumbai, Pune, Chennai, Hyderabad and other cities in the coming months.

Updates and schedules will be published on the book’s Web site and via Twitter (@NetChakra). Additions to the Internet Chronology can be submitted via email to (netChakra@gmail.com).

“This is the most definitive book on the history of Internet in India. A book like this was badly needed,” said Sunil Saxena, Dean of the International Media Institute of India.

“There could not be a better timing for a book on the subject. We are now passing through an inflection point for the Internet proliferation in India. The critical mass for Internet use explosion is in sight,” said Ashis Sanyal, formerly Senior Director (e-Governance), Department of IT, Government of India.

“The book is a wonderful initiative to capture and chronicle the history of internet in India for the future generations,” said cyberlaw expert Pavan Duggal, practicing Advocate at the Supreme Court of India.

“The launch of the book Netchakra was like going through a time machine spanning 15 years of Internet history,” said Arjun Kalyanpur, founder of Teleradiology Solutions. 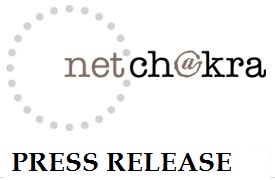